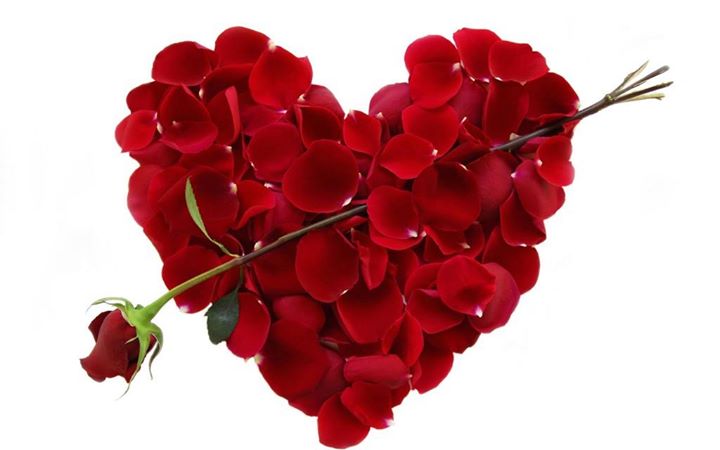 Celebrate the most romantic holiday of the year with your loved one – and two of Broadway’s greatest performers – Rebecca Luker and Howard McGillin, under the direction of composer Steven Lutvak.

Tickets are $110/person for Conservancy members and $125/person for non-members. Beginning at 7 p.m., the evening includes cocktails, dinner, concert, and dessert with the artists.

Limited VIP Tickets are $250/person and include a special 6 – 7 p.m. cocktail reception and moderated Q & A with the artists in the beautiful mezzanine-level Morning Room, followed by dinner, concert, and dessert.

In concert she has appeared in ARIAS AND BARCAROLES with the Chicago Symphony, KNOXVILLE: SUMMER OF 1915 with the Melbourne, Fl Symphony, LIFE BEGINS AT 8:40, PARDON MY ENGLISH, PRIMROSE, and BABES IN ARMS, all at The Library of Congress; JUBILEE and MUSIC IN THE AIR at Town Hall; at Carnegie Hall: NO, NO NANETTE; TROUBLE IN TAHITI; GAY DIVORCE; THE ART OF THE LYRICIST (Ira Gershwin Centennial Series); MY FAVORITE BROADWAY: THE LEADING LADIES & MY FAVORITE BROADWAY: THE LOVE SONGS (both on PBS); an evening to honor Aherns and Flaherty with the NY Pops, A Tribute to Billie Holiday and A Comden & Green Evening. With the Encores! Series at City Center: WHERE’S CHARLEY?, THE BOYS FROM SYRACUSE and two concerts with Lincoln Center’s AMERICAN SONGBOOK SERIES honoring Arthur Schwartz and Leonard Bernstein. Rebeccca performed to sold out audiences at her critically acclaimed AMERICAN SONG BOOK SERIES solo concerts at Jazz at Lincoln Center. Concert appearances include the Alabama, American, Baltimore, Birmingham, Cleveland, Columbus, Detroit, Nashville, New Jersey, St. Louis, Chicago, Royal Stockholm, and London Symphonies (to name a few!) as well as the Hollywood Bowl Orchestra.

Her numerous television credits include the CBS Television movie “Cupid and Cate,” “Law and Order-SVU,” “Boardwalk Empire,” “Matlock,” “An Evening with the Pops,” “An Oscar Hammerstein Celebration” and “A Tribute to Rodgers and Hart” (PBS), “The Kennedy Center Honors” honoring Julie Andrews, and a Richard Rodgers celebration with the Boston Pops (PBS).

Ms. Luker’s recordings include, “I Got Love,” “Greenwich Time,” “Leaving Home,” “Anything Goes: Rebecca Luker Sings Cole Porter,” “Aria,” “Aria 2,” and “Aria 3,” “The Boys From Syracuse,” “Wonderful Town,” “Annie Get Your Gun,” “Broadway Showstoppers,” “Jerome Kern Treasury,” “Brigadoon,” “Strike Up the Band, ” and original cast recordings of “The Sound of Music,” “The Secret Garden,” “Showboat,” “The Music Man,” “Placido Domingo: The Broadway I Love,” “Unsung Sondheim,” and many more.

Howard is best known for his record-setting performance in the title role of THE PHANTOM OF THE OPERA on Broadway having played the role more than any actor in the show’s history. He has appeared extensively in leading roles on Broadway and London’s West End in addition to appearances in film and television. Seen recently both on Broadway in GIGI and with Betty Buckley in GRAY GARDENS at Sag Harbor’s Bay Street Theatre, Howard’s other leading roles on Broadway include THE KISS OF THE SPIDER WOMAN, SHE LOVES ME, THE SECRET GARDEN, ANYTHING GOES with Patti LuPone, earning Tony and Drama Desk nominations, THE MYSTERY OF EDWIN DROOD (Tony and Drama Desk nominations, received the Theatre World Award), and SUNDAY IN THE PARK WITH GEORGE. In London’s West End, Howard starred in MACK AND MABEL and ANYTHING GOES. He was nominated for a Drama Desk Award for his New York theatrical debut in the New York Shakespeare Festival’s production of LA BOHEME with Linda Ronstadt. Howard and Rebecca Luker appeared together at City Center in the Encores! production of WHERE’S CHARLIE?Howard has appeared at the Irish Repertory Theatre as George Bailey in IT’S A WONDERFUL LIFE and in A CHILD’S CHRISTMAS IN WALES. Regionally, he appeared in the George Street Playhouse of IT SHOULDA BEEN YOU (with Tyne Daly) and THE 39 STEPS. Howard also appeared as Mr. Applegate in DAMN YANKEES at the Paper Mill Playhouse. He starred in the Stephen Sondheim/John Weidman musical BOUNCE directed by Harold Prince in its world premiere at the Goodman Theatre in Chicago and later at The Kennedy Center in Washington, D.C., where he was nominated for a Helen Hayes Award.

Howard has sung on concert stages around the world, from Carnegie Hall to the Israel Philharmonic Hall in Tel Aviv to Tokyo. He has appeared in New York’s famed Cafe Carlyle, 54 Below, Feinstein’s at the Regency, and the Algonquin Hotel’s Oak Room. Recent television appearances include recurring roles on “The Good Wife,” and “Elementary.” Howard has also narrated numerous episodes of “Nature” for PBS and recorded numerous audio books in addition to providing voices for the animated feature films “South Park: Bigger, Longer & Uncut” and “The Swan Princess.” His solo CD “Howard McGillin: Where Time Stands Still” is available online at cdbaby.com.

Steven made his Broadway debut as composer/co-lyricist of A Gentleman’s Guide to Love & Murder, which, in 2014, won the Drama Desk, Drama League, Outer Critics Circle, and Tony Awards for Best Musical. His film work includes the title song to Paramount’s Mad Hot Ballroom. Other awards: Kleban, Fred Ebb Awards (with Robert L. Freedman, his writing partner on Gentleman’s Guide); the ASCAP Foundation Richard Rodgers New Horizons Award; two Jonathan Larson Foundation Grants; Johnny Mercer Emerging American Songwriting Award; and National Endowment for the Arts grant. Having performed his songs at Carnegie Hall and the Library of Congress, among other venues around the country, Steven has recorded two CD’s, The Time It Takes, and Ahead of My Heart. He is enormously proud to be on faculty at his alma mater, the Graduate Musical Theater Program at NYU. Steven lives in NYC with his husband, choreographer Michael McGowan, and their daughter Eliot Rose.